Thoughts on Inequality and Division, its History and Prevalence in Society Today

Has diversity transformed to division and is inequality a systemic problem in the United States? 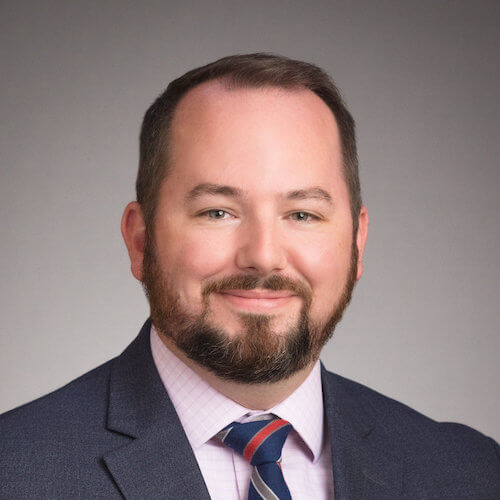 While there are a plethora of great writings on these topics, I write this because I don't feel comfortable simply linking to Black Lives Matter. I want to provide a more ernest reference and at the same time, better my understanding around the division and inequality that is prevalent in many communities today. I find this topic too tangible and painful to simply give it a link and a nod while I go on with my day. This is an exercise to ensure I'm not outsourcing my opinion.

As the earths average temperature continues to climb, so has the political coverage, discourse and division in the United States. To be fair, it's been brewing for a while — arguably since its inception — and just like the dissipation of Arctic sea-ice we're now in a political climate that is revealing sediment that was once hidden beneath a glossy veneer. We see a country striving to live up to its highest endeavors that include equality, liberty and justice, while making moral sense of its past.

Democracy is messy, and it's hard. It's never easy.

Another objective listed in the preamble of the Constitution of the United States is "domestic Tranquility." However, I think Robert Kennedy, Jr's description of democracy more accurately depicts the inherent nature of a Free State, and this isn't a bad thing. Peace and tranquility are seemingly ideal conditions, but tend to not elicit change or progress. After all, the United States itself was born from two conflicting countries.

We the People of the United States, in Order to form a more perfect Union...

The first part of the Preamble of the United States Constitution

It may be that mere freedom of thought and expression create discontentment. It's beyond question that a populace will never reach consensus on what a "perfect" political system should be.

Collective consensus is against human nature and populations that have the appearance of consensus are often driven to agreement out of fear.

There are two divergent opinions at play:

Either way, one commonality exists; we're not presently in a perfect Union. In fact reading between the words "a more perfect Union" we see that the creators of the Constitution didn't believe that a perfect Union was possible. Ultimately, we're always going to be discontented and maybe it's this discontentment that is the catalyst for progress.

Again, if the Thirteen Colonies were content in subjecting themselves to the King of Britain's tyranny, there would have been no Thirteen United States of America.

Discontentment is the impetus for progress.

We the People of the United States, in Order to form a more perfect Union, establish Justice, insure domestic Tranquility, provide for the common defence, promote the general Welfare, and secure the Blessings of Liberty to ourselves and our Posterity, do ordain and establish this Constitution for the United States of America.

Preamble of the Constitution of the United States

The main objectives are:

I believe there are also some other ideals and motivators of the founders that are documented in the Declaration of Independence that provide additional insight.

We hold these truths to be self-evident, that all men are created equal, that they are endowed, by their Creator, with certain unalienable rights, that among these are life, liberty, and the pursuit of happiness. —That to secure these rights, governments are instituted among men, deriving their just powers from the consent of the governed, that whenever any form of government becomes destructive of these ends, it is the right of the people to alter or to abolish it, and to institute new government, laying its foundation on such principles, and organizing its powers in such form, as to them shall seem most likely to effect their safety and happiness.

Has the United States fulfilled its Constitutional objectives?

Congress shall make no law respecting an establishment of religion, or prohibiting the free exercise thereof; or abridging the freedom of speech, or of the press; or the right of the people peaceably to assemble, and to petition the Government for a redress of grievances.

The Declaration of Independence offers an insight that is similar to the plight faced by many minorities.

Prudence, indeed, will dictate, that governments long established, should not be changed for light and transient causes; and accordingly all experience hath shown, that mankind are more disposed to suffer, while evils are sufferable, than to right themselves by abolishing the forms to which they are accustomed. But when a long train of abuses and usurpations, pursuing invariably the same object, evinces a design to reduce them under absolute despotism, it is their right, it is their duty, to throw off such government, and to provide new guards for their future security.

Societal problems require many perspectives for resolution. This is especially true with the emotions and pain felt by others. Dismissing others pain and emotions, regardless of perceived validity is not a valuable exercise. Seeking to understand should be the first objective. Listening to and understanding others is the first step to healing and unity.

I'm not claiming to have a perfect understanding or perspective of all complexities to the challenging situation we find ourselves in today, but I don't believe that free speech should be silenced. We should better our own perspective. Civility and understanding should be the goal, not being "right."

This inherited problem won't solve itself

Our present situation is not born from the generations living today, but inherited from generations past. Today, the living own the present, which if carefully enacted, will contribute to a better future for us all.

This is one of my basic tenets of life, as I'm sure it is for most. To create a better environment and foundation for future generations.

Involuntary servitude at a systemic level

The "War on Drugs" became a political platform that evolved inequality within the United States and purpetuated involuntary servitude at a systemic level, targeting Black families with terrible consequences for the generations that followed. Children need fathers, and so many were given extreme penalties which in-turn perpetuated the problem of social instability, while increasing the severity of caution and paranoia for both the local police and the Black community.

America has never lived up to its founding promise of equality for all, but we’ve never stopped trying. Today, I’ll take action to advance racial equity and push us closer to that more perfect union we’ve always strived to be.

Neither slavery nor involuntary servitude, except as a punishment for crime whereof the party shall have been duly convicted, shall exist within the United States, or any place subject to their jurisdiction.

This will be a living document. More to come.